Main line extends from the Pacific port of Callao, continuing through the capital city of Lima, to La Oroya where the line splits into two routes:

At Km. 172.7 the main line reaches its highest point at Galera, earning the distinction of highest railway in the Americas, 2nd highest in the world:

In July 1999, the government of Peru awarded the privatization of the country's Central Railway to a consortium led by Peruvian entrepreneur Juan Olaechea and RDC for 30 years. Ferrocarril Central Andino (FCCA) was formed to handle train operations and management of the rail system effective September 1999. FCCA is a 305 mi (490 km) single-track standard gauge (1,435 mm) Trans-Andean mountain railroad linking the Pacific port of Callao and the capital city of Lima with Huancayo and Cerro de Pasco. FCCA is recognized as one of the top Railway Engineering Wonders of the World, climbing the Andes with 68 tunnels, 55 bridges, and 9 switchbacks/zig-zags.

The consortium began operations on September 21, 1999. 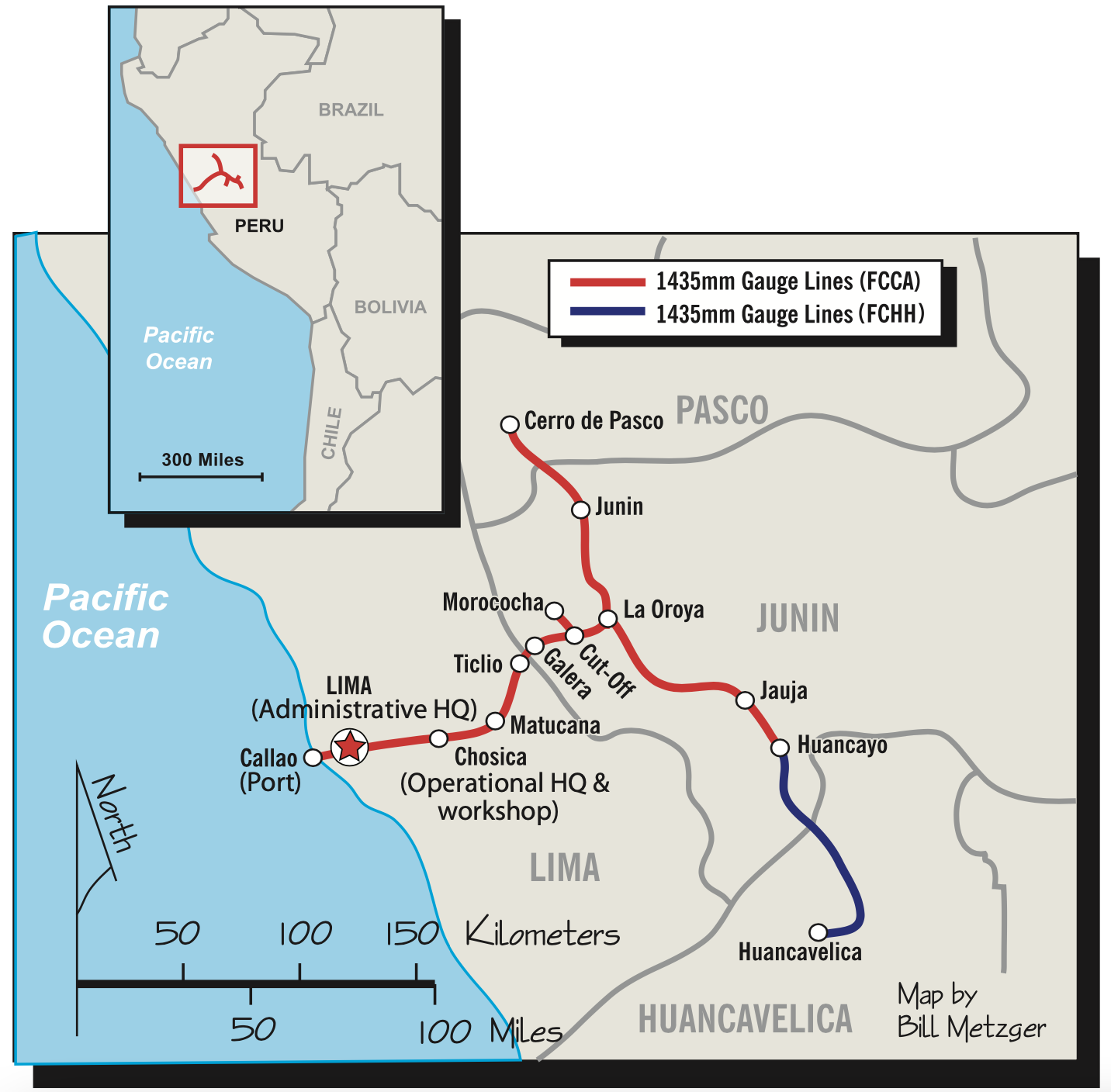